Korea has achieved a highly advanced information society. Science and technology deeply dominate Koreans’ everyday life. In addition, Koreans are highly proud of their successful achievement of political democratization. According to the Freedom of Press published by the Freedom House, Korea is now at the highest grade of freedom together with Japan among Asian countries.
Here, some questions are raised. What role has Confucian tradition played in the rapid accomplishment of Korea in economic development? Or was that due to Westernization.
Second, how much is Korea’s successful democratization indebted to the Confucian tradition? Third, does Confucianism influence the everyday life of the contemporary Korean people who have accomplished modernization? Based upon the results of various social surveys conducted by several institutions, Prof. Dr. Jeon will discuss and answer these questions.

Prof. Dr. Jeon, Tae Kook is a professor of sociology at Kangwon National University. He is also an alumnus of Johann Wolfgang Goethe-Universität, Frankfurt am Main and earned a Ph.D in the Fachbereich 3: Gesellschaftswissenschaften at the same university under supervision by Prof. Juergen Ritsert in 1984. 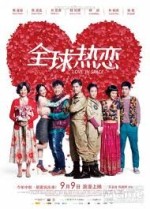